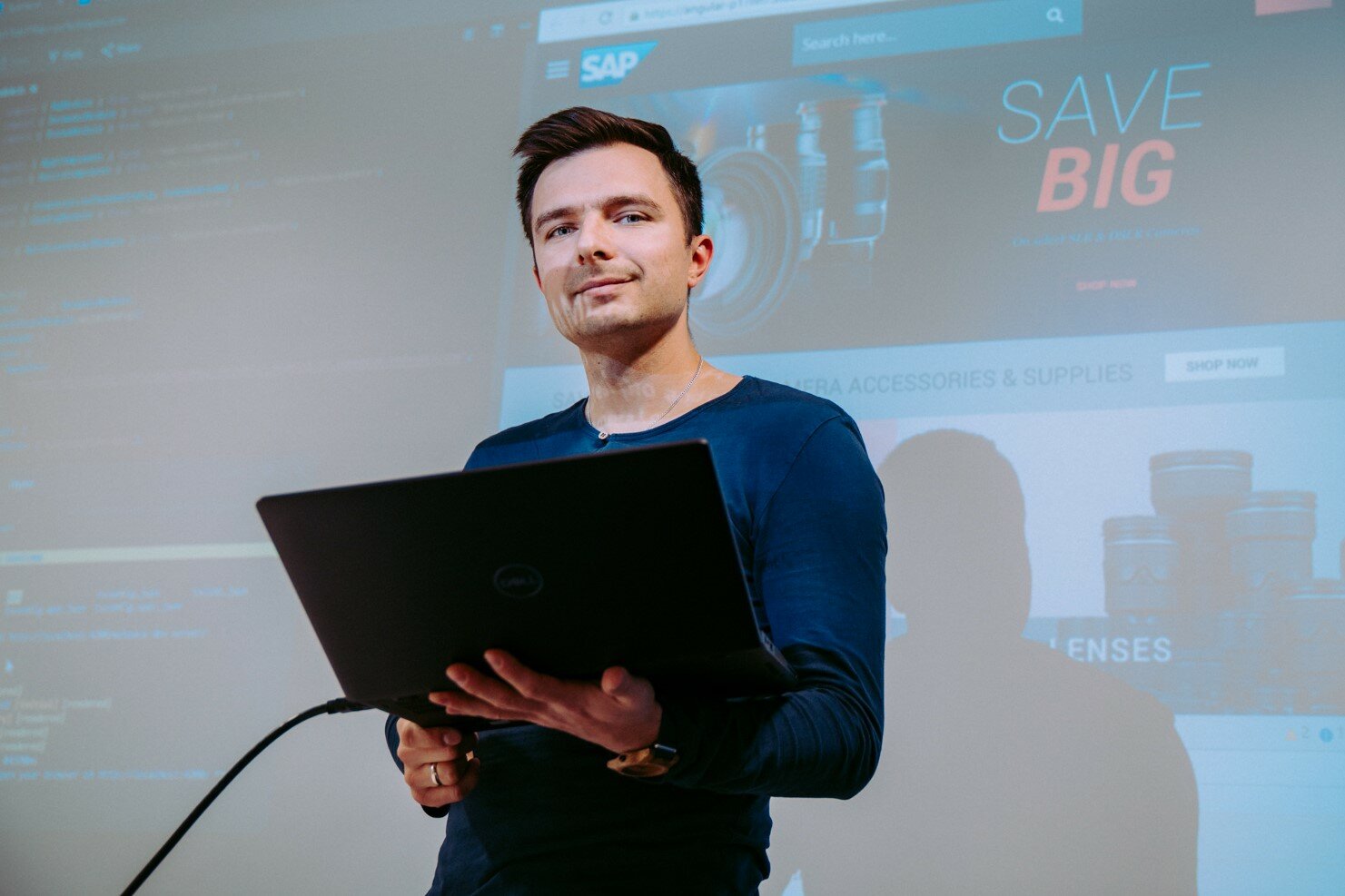 With the progressing development of Spartacus, a dedicated PWA solution for SAP Commerce Center, Divante is getting involved in Spartacus online courses and onsite workshops for developers. Mateusz Ostafil is taking the lead in both of them.

In the past years, we've been observing the growing popularity of Progressive Web Apps. Along with it, SAP decided to enrich its eCommerce solution and, in 2017, entered into cooperation with Divante who have vast experience in PWA thanks to their work on Vue Storefront. Spartacus was introduced for the first time last year.

The community gathered around Spartacus is growing and so Divante decided to support it with an additional offer of workshops for developers, during which companies working with SAP Commerce Cloud can understand the impact of PWA, learn how Spartacus is working, and begin the implementation process. Workshops are led by Mateusz Ostafil, a Spartacus specialist at Divante who is focusing on education and technical support for developers. Mateusz is an experienced instructor and coach.

The Divante team is also an active part of Sparta-Town, the event series that gathers Spartacus developers and brings updates, knowledge, and learnings from the existing Spartacus development and implementation.