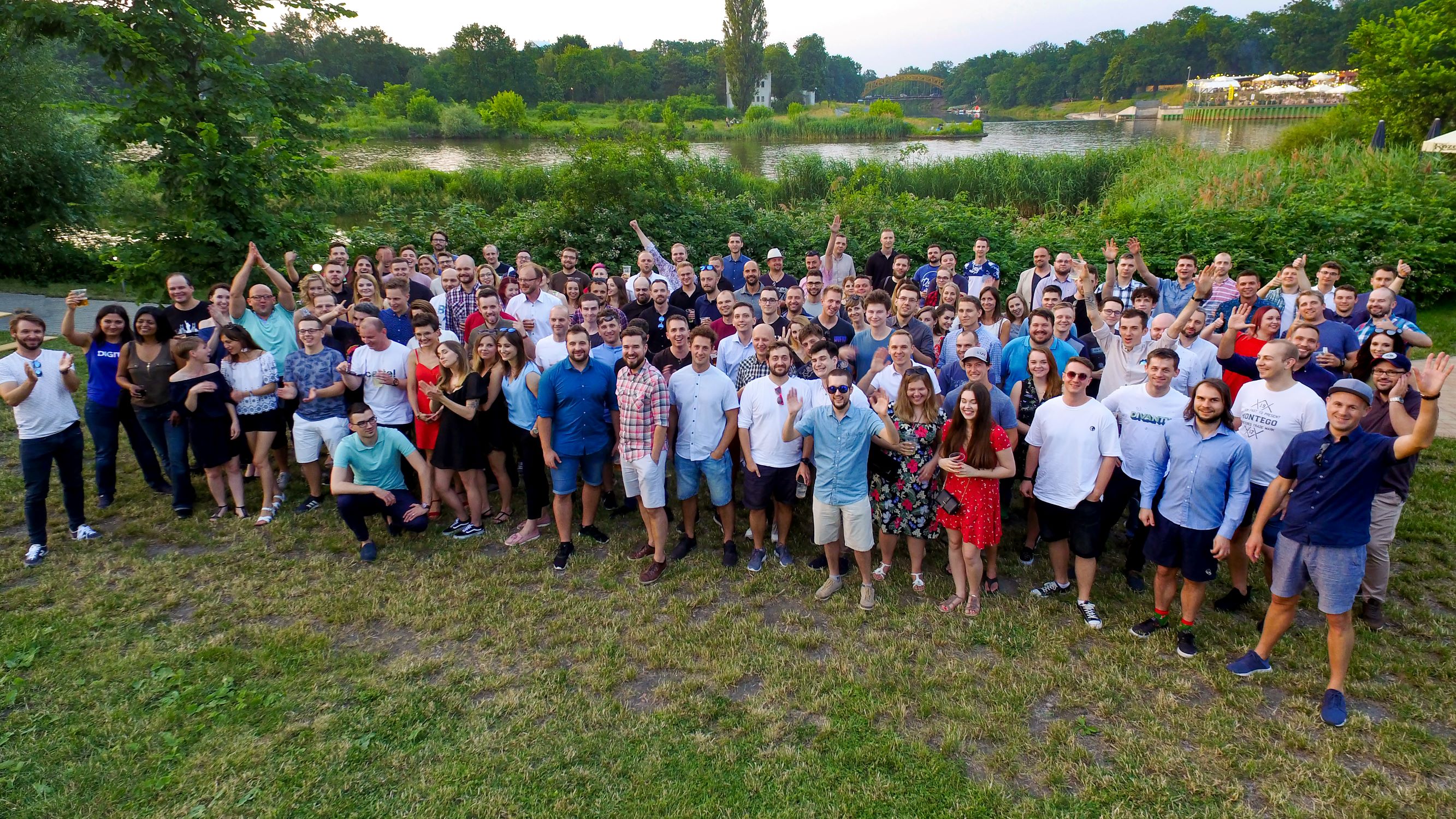 This is not another rags to riches story of a modest start-up and its bumpy road to unexpectedly flourishing into one of the leading players on the global IT market. Divante’s sights were set high from the very beginning.

“We are technology enthusiasts and innovators who are eager to see our ideas positively impact the everyday lives of people around the globe. Commerce is the field for this to happen”

Even today, when Divante has over 200 people onboard, 400 clients served and over 1000 projects successfully delivered, it is a very ambitious approach – but a few years ago, when the company operated locally with merely half of today’s resources, it was a bold vision, especially since Divante’s focus on eCommerce technology, which laid the groundwork for creating original solutions like Vue Storefront or Open Loyalty and which won a major SAP collaboration, wasn’t always its trademark.

In the beginning, Divante was more of an eCommerce agency gathering a variety of different competencies from IT to UX, with a pinch of marketing. Back then, even operating on a success fee basis seemed reasonable for Divante, which was still finding its way by combining the previous experience of Tomasz and Piotr Karwatka.

Despite the fact they both graduated computer science, their career paths unraveled differently since Tomasz decided to focus on the business side of projects, with a strong emphasis on UX, while Piotr was absorbed by the world of open-source IT.

That mix of diverse know-how allowed them to build a company in 2008 which became successful very quickly but mostly locally. At some point, the Divante Group included several different ad tech companies like Ideacto, an interactive agency; Quartic, a recommendation system; Sendingo, an email marketing system, and WellCommerce, a shopping platform.

In Poland it was impressive but Poland never was the endgame for Divante’s team. Going global, however, turned out to be more challenging than it seemed from a local perspective.

“It became clear that a big part of our services simply couldn’t face foreign competition. We did not know the specifics of these markets. We reached a dead end and were forced to make some difficult decisions.”

That was the time when Divante redefined itself by focusing strongly on technology, narrowing it to eCommerce software and – last but not least – replacing the UX design department with a Product Design team. All of these changes implied a shift towards delivering fully close-to-market solutions that met the goals of both users and businesses. eCommerce was also a thoughtful choice, not only because of its dynamic growth measured in dollars, but also due to its specificity which requires a short time-to-market and rapid innovative cycle which, combined, give Divante a chance to make a significant and almost real-time impact on the way people get in touch with online brands.

That decision, however hard, allowed Divante to avoid work for hire and focus on creating a scalable technology enabling merchants – both large enterprises (Bosch, Wurth, Carrefour) and startups like Highsnobiety or Helloprint – to build and manage digital storefronts for their products or services.

A Company where the Culture is Open

Considering the current state of Divante, with over 200 people onboard, headquarters in Wroclaw, an office in Berlin and offices in Amsterdam and NYC on their way, the redefinition was a bullseye, but in spite of its dynamic growth, Divante is a far cry from a corpo-style company. However corny it may sound, people remain Divante’s most important asset.

“The growth of scale always generates demand for talent and we were no exception. To maintain creativity, commitment and ownership among team members, we decided to adopt the tribal leadership system that divides the organization into small units, allowing us to allocate the right people to the right roles based not only on their skills, but also on their individual goals and potential.”

The tribal leadership system, which enables every team member to work closely with local tribe management, helps to maintain the scrappy energy of small organizations.

That also explains why a huge amount of Divantes’s technologies are open source and the company sees investment in the R&D department as a way to gain an advantage in attracting the best employees and clients willing to break boundaries.

“We always wanted to make a clear stand in the tech world but without gathering a community of people aiming for the same, we would never have a chance to do it, We are constantly looking for passion-driven people who are truly invested in creating technologies that bring about changes. Now we have the luxury of working that way on our own projects and cooperating with clients who share that goal, clients who – even if they are not yet online leaders – have the ambition to become them tomorrow”

With a broad portfolio of accomplished projects, it sounds reasonable, especially since the likes of Open Loyalty attract a mass of clients from all over the world including Asia and the U.S., the most innovative eCommerce markets, and Vue Storefront is the fastest growing open -source eCommerce project on GitHub.

The beating heart of eCommerce

The heart of Divante is an ecosystem of eCommerce products.

The first one, created in 2017, was Open Loyalty, a loyalty platform with an open architecture and ready-to-use gamification features. It achieved huge success among Asian retailers who are constantly looking for a way to create and maintain long-lasting relationships with their customers.

Just one year after its debut, the platform attracted one new client per week. Since then, major agencies, like MotherApp, Scan Trust, ITC Group and Densu have already implemented the solution for their partners, representing worldwide leaders of eCommerce. Only last month, Open Loyalty was implemented by two leading financial institutions based in Vietnam and China.

Vue Storefront, in turn, is the fruit of the bottom-up initiative of employees who assembled around Piotr Karwatka to explore an approach to front-end development that just might eventually become profitable but was, without a doubt, bold and unconventional.

“It was fun to work on something completely fresh and unpredictable, on something that actually changes the game. But it was even more satisfying to release our work and watch it grow and evolve into an open source community. The engagement of developers from so many different countries was proof that what we do here can matter all over the world.”

Today, there is a whole ecosystem around Vue Storefront. Clients from the US, Europe, and Asia are launching stores based on this platform and are looking for developers with specific knowledge of it; there is already a marketplace with plugins and a vivid foreign community which organizes hackathons on a regular basis, in Amsterdam, Tel Aviv, Berlin and Stockholm, etc.

To deliver an even better customer experience, the Vue Storefront Team at Divante, along with contributors from the community, is developing the next open-source product based on Vue.js. The idea of Storefront UI is to deliver a flexible toolset for building a performance-oriented UI for eCommerce. This is a fresh approach to building a UI, oriented around customization possibilities, rather than out of the box possibilities, and so the Vue Storefront Team encourages developers to join them in exploring it.

Transforming the future of industry leaders

Just a few months from the start, and a few hours of last-minute debugging on the plane later, Vue Storefront was presented in New York and quickly became a pass to a major future collaboration.

“Vue Storefront put us in the spotlight and attracted tech giants, like SAP, with whom we are currently working. All the good work we’ve done turned out to be the best marketing strategy for the company.”

The key players on the digital market are not very keen to make external partnerships which certainly makes the collaboration between SAP and Divante quite exceptional.

SAP, however, wasn’t looking for an outsourced solution or a subcontractor but a partner to cooperate with. When the vision for Vue Storefront proved to be aligned with SAP’s R&D work for its own product, partnership with Divante became a chance to speed up the TTM.

SAP and Divante created an interdisciplinary team. Eight developers on Divante’s side and numerous experts on SAP’s side, including a SCRUM Master, technical writer, front-end architect, frontend/backend developers, and QA. The two teams, spread over multiple locations in Europe and North America, continue to cooperate on a daily basis using Agile principles. This led to an initial release and announcement at SAP CX Live Barcelona in October, 2018. SPARTACUS is a lean, Angular-based, fully decoupled JavaScript storefront that connects with SAP Commerce Cloud and potentially other services (CMS, Loyalty program, etc.) through the REST API.

Moreover, this company from Wroclaw was able to persuade the giant that employs over 94,900 people in more than 130 different countries to use an open-source model.

We are empowering eCommerce

Divante’s 10th birthday finds the company with a bright future ahead. Divante is entering the new decade with strongly outlined core values, clearly defined business goals and – above all – the right people in the right place. But the hunger for more remains.

“We are celebrating not only the closure of our first decade but also – far more importantly – the beginning of a new chapter. We are looking forward to thrilling, new adventures” 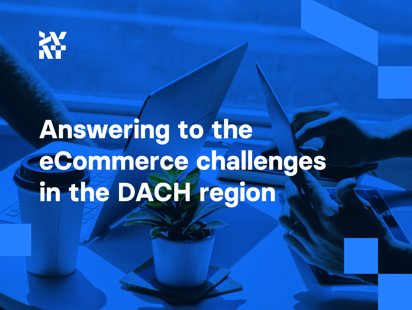 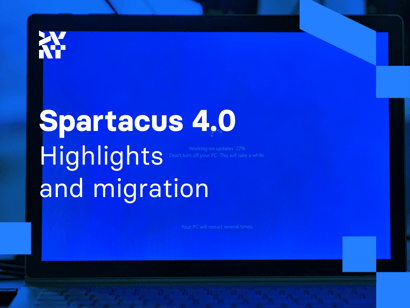