I recently wrote an article titled “6 tips on giving feedback from an engineering director.” In it, I focused on the feedback provided in an organization in a one-on-one relationship. These tips can be used in the supervisor/employee relationship or between teammates. Now, I’d like to focus on feedback within the team.

Risks due to the lack of feedback

The risk with a lack of feedback within the project team can be easily explained by using the example of building a tunnel or a bridge. If two parts of the team start to build on opposite sides, they must communicate to meet in the middle. It’s crucial. Giving feedback is only half the success. The other half is incorporating the received information into your plans.

Another risk is wasting time. If there’s something we can talk about today that affects someone else, we should do it immediately. This information will see the light of day anyway, and it may turn out that half of the bridge or tunnel I mentioned will have to be rebuilt.

An extreme case of risk with the lack of feedback is the need to remove someone from the team. If someone isn’t doing something or is doing something wrong, it’s possible that they’re not aware of the problem and simply don’t know what to improve. The whole team and that person can waste time and energy for weeks or months just to fire someone or move them to another team. It may turn out that, at the very beginning, it was enough just to talk things through.

So why do we need feedback?

In the beginning, we need feedback to avoid the above risks. Another reason is to make our work better. Finally, feedback is necessary for the sake of the project.

Feedback isn’t always obvious or easy for everyone, including both the giver and the recipient. To achieve all goals, you need the maturity of the entire team and each member separately.

Many teams have a scrum master, project manager, or another person who somehow organizes the team's work. In the beginning, the maturity of this person and their ability to give and receive feedback is enough and should be an example for others. This person can be the one who invites you to give feedback.

“Feedback in the team is extremely important. Its quality and frequency can determine whether the team is mature and harmonious. A good manager should care about addressing any inconvenience to team members quickly and decisively. A team that suffocates problems without the space to address them will ‘explode’ sooner or later. Dealing with conflict is much more difficult than regular meetings with team members and removing obstacles daily.”

How to give feedback to a person in the group?

“Giving and sharing feedback is always a challenge for teams and leaders. As a leader, it’s good to be direct and precise about the team’s performance in the early stages, especially when they’re performing well, but also when they can do better. The clearer your feedback is, the better. Focus on actions, results, and behavior. Don’t let feedback become personal. The crucial thing for leaders is to be helpful during difficult conversations. Offer your help and guidance when needed.”

Let's start with a single person. We want to give feedback on the work that this person is doing that impacts the team or project. I live by the principle that you must praise in public and pay attention to bad things in private.

If someone has done something good, let’s praise them so they feel appreciated and know to continue. There’s no shame in it. It's not about putting someone on a pedestal. It's about setting an example.

On the other hand, if someone has done something wrong, you shouldn’t ridicule or punish them in front of everyone. In fact, you shouldn’t punish them at all. Instead, give them information about what they should do better or what not to do so that they have a chance to improve. If everyone knows that someone has made a mistake, let them see for themselves that they have improved. They don't need to know who's behind it. We shouldn’t emphasize anyone's mistakes. We should focus on facts and possibilities to improve.

“It’s worth bearing in mind that the feedback must be constructive and preferably supported by arguments or examples. ‘I feel that you are working worse lately’ is not valuable information but a subjective feeling. However, if we say, ‘I noticed that you have been working less efficiently recently because you have only completed three out of five tasks,’ the assessed person knows where this evaluation of their work came from and can refer to it to improve themselves.

“We should also remember that feedback is not only about transferring the assessment from the boss to the employee. Feedback is a tool that everyone improves with, so the supervisor should also listen to feedback and refer to it.”

It's hard for me to disagree. We should give feedback based on facts and predict the result of the feedback.

How to give group feedback?

Let's move on to giving group feedback. If we have a special meeting to talk about something bad, it may not be taken positively, and people may feel insulted. In the case of successes, it’s quite the opposite. It's good to celebrate together.

So how do you give information to a group in the best way? The easiest way is to have a permanent series of retrospective meetings. These meetings are a great time to talk honestly about what we can do better. Dealing with difficult topics requires maturity. Let’s not look for those to blame, and let’s not focus on what we did wrong. We should look to the future, plan, and create a more positive outcome. Let's improve processes and relationships to make it better.

“Feedback in the team helps to achieve both individual goals of the members and the goals of the entire team. Assessing specific behaviors and situations, not people, corrects the course and consolidates good practices. Well conducted, regular feedback can also increase the sense of job satisfaction if it helps to notice the individual progress of a team member. This way, you can build sustainable development from small drops added regularly.”

Are you a programmer and you still don’t understand?

There are T-shirts with an inscription that says, “I didn't study computer science to work with people.” As a programmer, I’ll give an example of technical feedback that we all know: a code review. This is a bit of public feedback because the whole team can see it, but, if it's constructive, that's OK. I believe that you can learn how to give and receive feedback by conducting code reviews. You can also learn maturity.

I often recommend giving one another feedback and organizing retrospective meetings. As I mentioned, it’s not simple and obvious. However, it’s very important and can be learned. Hopefully, if you’re not yet proficient in giving and receiving feedback, you’ll start working on it because you’ll see it’s valuable and necessary for your development. 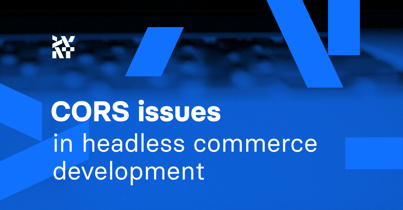 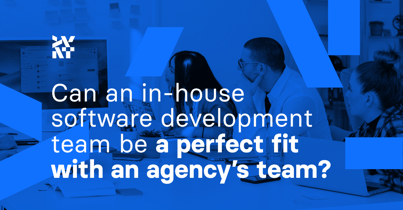 Many projects are carried out in a customer-supplier model. That’s when the customer orders an eCommerce platform or other application, and the software house...