Many companies see the sustainable approach as the key to the success of their commerce. Often this concept is limited only to their products. We observe exactly that in fashion, furniture, cosmetics… and sometimes it looks like blowing a bubble. But there is hope. Some companies make an effort to burst the tech bubble and reach far beyond. They’re building ethical and sustainable businesses. Here’s one of them: Lush – a pioneer of the future of eCommerce.

Lush is a UK cosmetics producer and retailer. Their core products are 100% vegetarian and fair-trade cosmetics like creams, soaps and lotions. The brand, and its customers are engaged in various activities (recycling programs, ethics, and social campaigns). When they make things they get quite involved and straightforward. Lush often get criticized by the mainstream, but at the same time is loved by its customers.

Lush believes in their core values. That’s why they’re also pushing their vision in digital technologies and eCommerce solutions. Whatever they do, it’s always in a dialogue with their customers and answers their needs.

During the last The Next Web Conf we had the opportunity to listen to an interesting speech by the Chief Digital Officer of the company. Jack Constantine is pushing Lush’s vision on-line. Thanks to a courageous and innovative strategy, Lush was able to generate 28% revenue from the on-line channel, which means more than 300M GBP. Really impressive.

Their digital strategy is based on the same values as the whole brand.

The first pillar of the strategy is to be in-line with the company vision – which means to use only open technologies and ethical hardware. They’re focusing on open-source solutions in-house and they share it. They have also built an ethical supply chain. As an example, Lush sources hardware in Asia, and they cooperate with their supplier to be 100% sure their tablets are developed in a sustainable and fair way.

Consistency on all matters

The second is to be yourself. They act as they think they should. For example, they shut down their e-shop on Black Friday to raise awareness and support freedom of speech across the world. They engage in activism when then believe in the cause.

Instead of using mainstream social media, they are very focused on building their own medium. Lush Player offers six TV and radio channels and bets strongly on content that goes far beyond cosmetics and beauty.

As I’ve read in an interview with Jack, they aren’t using paid advertising. They’re investing in a converged retail and digital experience.

In 2014, Lush introduced: “What Amazon Can’t Do”, to showcase what Lush can do that Amazon can’t. And, obviously, I don’t need to add that Lush products aren’t available on Amazon.

There was even a funny story that went with it. Amazon was using the Lush trademark to attract clients in search engines and sell something else. Lush countered with a rather innovative reply. They struggled in court for a while, but in the end they copyrighted a product with the name of one of the Amazon executives :)

Importance of tech in eCommerce success

What was most important for me was that Jack really underlined the importance of tech in Lush’s success. They choose to use open-source technology only.

Lush uses Open-Source technology to create its e-shop, point of sales system and other apps. They work with their in-house open-source software developers and designers.

“Building software in house has provided us with exciting new freedoms to create bespoke digital products, designed around our business”
Jack Constantine, CDO in Lush

So far they have pioneered the use of open-source platforms like Drupal, and in 2016, the company built the largest eCommerce site ever developed on Drupal platform. Recently, they migrated to the Cloud solution from Acquia which provides enterprise-level support for Drupal. This year they introduced subscription-based eCommerce in Asia.

As I’ve read in one interview: “Licensed software is dying – there is no doubt about it. [Adopting open source] is not even a decision, it is just like this is the world now, how do you deal with it?”

There is no doubt that building software will be redefined very soon. Using open source solutions powered by a microservices architecture is already shaping innovations in eCommerce technology.

Today we learned about the example of a very successful brand which is redefining how brands can embrace eCommerce and is doing this purely with open source. Apart from building a business solution with open source, they also showed us ethical hardware and thoughtful policies on data.

Every retailer needs technology, so let’s build it in a way that will serve mankind well, long into the future. 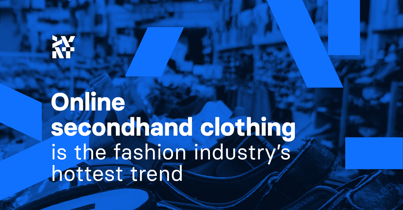