Why should you become a Magento developer at Divante?

There are many reasons why it’s worth it to work as a Magento developer at Divante, but the most compelling stories are those told by our experienced team members.

Magento is a powerful and stable CMS for eCommerce businesses. It’s one of the most popular open-source eCommerce technologies in the world, with over 250,000 stores using the platform. This means that 16% of all eCommerce websites are powered by Magento, a number that is still increasing every year. The features that keep drawing more stores to the platform are its customization options, flexibility, extensions, and easy third-party integrations.

Divante is a global eCommerce solutions, experimentation, and thought leader. We are a group of community-minded, open-source evangelists. Our 220+ experts have delivered over 300 projects for global companies like SAP, Bosch, and Tally Weijl by building high-functioning MVPs and integrating the technologies of tomorrow. What’s more, we believe that eCommerce can change the world for the better.

As one of the most recognized and appreciated Magento development companies in the world, let our team tell you more about why it’s worth joining our expert group.

Let’s start with the recruitment process

The interview process for a Magento developer at Divante consists of an initial interview It lasts about 15 minutes and it’s more about the company’s needs and expectations for the candidate. Programmers are then sent some technical tasks which will qualify them for the second interview if done well.

Adam Goraj, a Backend Developer, has worked at Divante for more than a year and a half and had this to say about getting on board.

“My recruitment process was very interesting. It was also my first remote interview through a Skype call. During the interview, there was a technical person and an HR representative. I got some questions about technical matters and coding language, but it was also about soft skills such as how I approach work and how I value communication. The whole interview lasted about an hour.”

During the entire interview process, recruiters also try to find out what an applicant would like to do in their new position. People have enjoyment and passion for their work when they are doing something that they like. Engaged people have more drive, which is one of our four key values at Divante.

The first months at Divante: onboarding, mentoring, and a friendly atmosphere

The first days, weeks, and months in a new job are always stressful for new employees. At Divante, we attach great importance to welcoming new employees so that they can feel at home from day one. One of the keys is a well-prepared onboarding process, which is one of the most important elements of modern recruitment.

Proper onboarding helps people to feel good in their new jobs. It promotes engagement, development, and trust, and that encourages recruits to get to know people, processes, and the company’s culture. It’s a win-win situation, where both sides reap the benefits.

The Divante Welcome Pack makes you feel like a member of the company from right away. Meeting with the CEO is a real ice breaker and an early chance to meet the Management Board. However, onboarding at Divante is more than just a one-day training session. It’s a process that takes several months.

Each new employee meets with an HR representative at the end of the first week They will make sure that the new person has contact with the HR team, knows his or her goals, and has been provided with all the tools needed. The recruiter also then meets after the first, second, and third months of cooperation.

The office tour is an element of onboarding at Divante

Perhaps most importantly, newbies get a mentor from their new team. He or she usually has experience and helps the new person get started with things like logging into an account to introduce the new person to the rest of the team and the whole company. The mentor also sets trial goals and supports the new person in achieving them through regular contact in the first months.

“During the onboarding, I got to know the whole office, the people who work here, and the division of the tribes. I was greeted warmly and enthusiastically. It helped me to acclimatize to my work faster. It was really a dream situation for me as a junior. I had to study hard and learn a lot, but that’s what I came here for. I had no communication barriers, and I could ask my team leader and colleagues for anything. Onboarding was a pleasure for me.” – Adam Goraj.

Developers at Divante work in the tribal system, which provides a lot of benefits for employees.

In tribes, cooperation is natural, contact with people is much better, and people are connected more closely. The agile tribes model combines all the benefits of working in a small company, like a start-up, with the advantages of working in a large company.

Maciej Trybuła has worked as Magento Tech Leader at Divante since 2016. He started as a Junior Developer.

“The beginnings were a little difficult because I had a very technical mentor, but I learned as much in three months as I had in one year at my previous company. Then, I got to my first implementation project in Magento 2. I was fascinated and learned a lot from scratch. I’ve improved my people skills and developed my technical knowledge. The people here were always eager to help.”

Adam Maliszewski’s career path started at Divante six years ago. During that time, he has gone from intern to Senior Magento Developer. He appreciates that the company helps people to grow and learn in many different ways.

“During my time in Divante, I’ve met many specialists who have helped me develop from scratch. After two years, I feel very comfortable in Magento. The atmosphere here is the main factor that keeps us together. Besides that, we have different technologies, many interesting projects, and the company supports development in many ways. I’m very proud of the hackathons that are often organized here. Magento architects even came so we could create new functionalities together. The company contributes to the code and some of us even managed to improve the Magento 2 source code”

Divante also supports programmers by helping them to pass the exam and get the Magento Certification. Experienced Magento professionals can validate their real-world skills and differentiate themselves from the competition with the ultimate Magento credential. Over 30 certified Magento developers currently work at Divante.

Why work with the Magento framework?

Some people claim that PHP and Magento are a little outdated. We still believe that PHP is on a par with most other languages, and that it has the benefits of a low entry threshold without being oversimplified or poorer. Magento itself is an eCommerce platform that is currently undergoing a lot of development, and the addition of Magento Commerce brings huge value and shortens development time.

“I’ve been working with Magento 2 from the beginning. It was difficult at first as you could see the past of Magneto 1, but the framework has developed very well over time. There is a large community behind the product, and it’s hard to find a simpler solution that is as extensive as Magento. There are a lot of code analysis tools. There is a prevalent idea in the eCommerce world that Magento has outdated code, but we’ve seen close-up how much it has improved and how well it is going now. The code does not deviate from the standards.”

Developers working with Magento do not doubt that the prospects for development in Magento 2 are huge. eCommerce itself is a thriving area that has great challenges to solve and huge opportunities to learn and develop.

The prospects for development in Magento 2 are huge

The stories of Magento Developers at Divante show why it’s a great career path.

“At first, I was a bit skeptical about Magento, but I quickly found out that it was a hit. I willingly come to the office every morning. I like the people, the atmosphere, and my tasks, and the interesting design and well-chosen technology are benefits of working as a Magento Developer at Divante. What’s more, you can grow very fast. My goal is to be a leader in projects. I know I have a lot to learn, but Divante is the best place to do that.”

Do you want to be a part of the Divante Magento team? Drop us a message!

5 tips to speed up a Magento 2 store

Magento is one of the top open-source eCommerce platforms that provides a diverse set of features and customization options and also supports omnichannel... 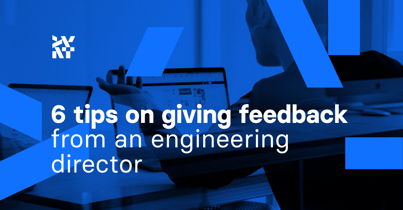