The 5 most interesting eCommerce platforms with GraphQL API

When I ask my guests in the CTO-CTO podcast what are the most interesting trends in enterprise software I often hear: headless, API-first, and GraphQL. All these three are actually tightly connected but I want to focus a little on some of the best eCommerce platforms with GraphQL API.

GraphQL, first introduced at Facebook in 2012 and first released in 2015, is an open-source data query and manipulation language for APIs, and a runtime for fulfilling queries with existing data. The end-user—in this case, an application developer—can model the data he or she wants to fetch and aggregate different data sources into a single and coherent schema (schema federation). The out-of-the-box support for the BFF (Backend for Frontends) is another benefit

Let’s take a look at five of the most interesting eCommerce platforms with GraphQL API.

Saleor is a fully-fledged, open-source eCommerce platform written in Python. Growing rapidly on Github (10K stars), it has a vibrant community and is surely an eCommerce engine of choice for many CTOs. The platform has been designed with an API-first attitude, offering 100% GraphQL API coverage. The API itself is extremely fast. As it’s at the core of the platform, the schema, mutations, and queries are coherent and well-thought-out, which makes the developer’s life nice and easy. You can see the API Docs here.

Saleor can be easily deployed in many configurations, including proprietary cloud services offered by the platform creators as well as multiple on-prem setups such as Heroku and AWS.

As a Gartner’s Magic Quadrant Leader, commercetools is growing rapidly and gathering enthusiastic reviews from CTOs and CMOs. But it’s also important to see endorsements from regular developers and engineers. commercetools is a mature, enterprise-grade option with great support for multi-store and internationalization.

The so-called “no-bullshit eCommerce platform”, offers extremely comprehensive APIs and customization mechanisms (including custom admin panel apps and serverless API extensions). Since last year, they offer the Beta GraphQL program. The GraphQL coverage is expanding with each platform update, covering queries and mutations for all the vital aspects of the platform. The Vue Storefront Next integration with commercetools has been built entirely using GraphQL API.

Shopify is probably not a platform for everyone… though everyone seems to use it. It’s usually picked by small and midsize businesses because of the scale of the business, while even Fortune 500 companies sometimes launch eShops on Shopify just because of its extremely short time to market. It also offers great developer experiences: Shopify has long been known for its great SDKs and documentation resources.

The platform recently added GraphQL Support. From the noteworthy features, the API supports almost 100% write operations (mutations), so you don’t have to facilitate the REST APIs at all. Moreover, you can submit multiple queries or mutations in a single GraphQL request. This lets you query the same field or run the name mutation multiple times with different arguments. It doesn’t have any rate-limiting benefits, because the query complexities are still added together.

Check the Vue Storefront Next for Shopify.

Magento’s PWA Studio was the inspiration for implementing GraphQL-based APIs for Magento. The GraphQL coverage is expanding with each release. Some production shops have been already built on top of it using PWA Studio. This is a great direction and one of the most interesting examples of open-source eCommerce platforms with GraphQL APIs. However, when starting a new eCommerce Shop with an API-first approach, Magento’s GraphQL coverage, when assessed alongside the rather monolithic architecture and overall performance, still leaves some question marks.

Vue Storefront supports Magento 2 via the storefront-api project, which offers the full GraphQL API coverage over Magento 2, Spryker, and other eCommerce platforms. The project speeds up API calls with comprehensive caching mechanisms and Elasticsearch support.

eCommerce platforms with GraphQL API are starting to appear more and more often and are gaining serious traction. It is a great option for shortening the time to market and improving the frontend eCommerce. Most of the popular SaaS and open-source eCommerce platforms already support it.

I’m talking a lot about headless architecture and GraphQL with my guests on the weekly  CTO-CTO podcast. If you are interested in the subject, these episodes might be interesting follow up to this post:

Also, if you want to get into a little more technical detail, you can read my recent article on Server-side rendering in GraphQL. 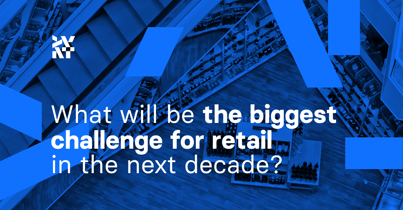 What will be the biggest challenge for retail in the next decade?

Reducing operational expenses is a goal for every eCommerce business. However, it shouldn’t be done without proper analysis. If you keep on reducing...